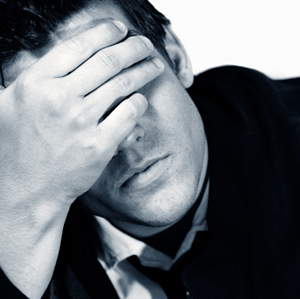 If you're new here, make sure and take a look around and follow us on Twitter or Facebook. We have great things coming! Be the first to hear about it.

As anyone can see by looking at the date of my last post, I’ve taken a little break… Ok, a long break. It was hard for me to take a break for that long without feeling like a failure. I have always thought of myself as a confident person. Recently, and or several months, I have been out of control busy between family, the busy Christmas season at church, the other job I was holding, and other personal projects, including this blog. During all of this busy-ness, God has been walking me through a time in the wilderness where I have been learning a lot about myself. One of the harder things learned is that I really am not all that self-confident. Leaving this infant blog on the wayside was a hard thing for me to do. It felt like a failure.

I had actually thought about just shutting it down before I even really got it going. To me, it was a way to save-face without having to write a post like this admitting my “weakness”. It wasn’t until I read Darrell’s Tips On Why You Shouldn’t Quit that I had determined to pick it up again.

As I said before, life was out of control busy. I won’t even list everything that was going on all at once to keep the post to a manageable length. I was getting to the end of what I had. While I would not say I have experience the sort of burn out that seasoned pastors right books about once they find the light at the end of the tunnel. This experience has become my new definition of what I understand of burn out. I was emotionally broken (though you would never guess it from the outside).

This past January, God began something in me that brought some purpose into everything I was experiencing.

Margin- The amount available beyond what is necessary.

Several weeks ago, I was preparing a message for a Sunday morning while our pastor was on a missions trip. As strange as it may seem, I was talking about Margin. I told the story of Elijah and the prophets of Baal. It is found in 1 Kings chapter 19. Elijah had a pretty amazing day. He worked hard for God and God met Elijah’s effort with miracles… Then Jezebel wanted to kill him. This tipped Elijah over the edge toward burn out. So he ran.

While he hid in a cave, God came and and asked him what he was doing. I imagine his response to be pretty spastic and hard to follow like my four year old trying to talk while he’s crying. He then told Elijah to go to the mouth of the cave and then He would pass by. The next part of this story hit me in a fresh way. You remember that first, There was a mighty wind storm and rocks were torn loose, but God was not in the wind. Then there was an earth quake but God wasn’t in the earth quake. Next, there was fire but that wasn’t God either. After the fire was the sound of a gentle whisper. Depending on your translation, you may read “there was the sound of silence.” Elijah covered his face and stepped out.

I imagine God telling Elijah in these moments that “all of that other stuff with Jezebel, the prophets, and your feeling like you’re the only one left serving God, that’s just noise! Now that’s gone and I’m here. I bring peace.” In that quiet, in that peace, Elijah found margin. When God asked again, “What are you doing here, Elijah?” I imagine his response to be a lot more calm.

While I was preparing the message, I knew that God was challenging me to let go of some things to make sure I got enough time with Him, because that is where we truly find margin. I knew that the blog was one the things that could be on the back burner for a while. It was a small price to pay to make sure I did not neglect the most important relationship I have.

Do you struggle to find margin? For some reason, we expect ourselves to push through the pain. Why? Have you avoided burnout? Have you ever had an Elijah kind of experience? Are you willing to share it? Who can you encourage today? Leave a comment below.

One Reply to “Please Stand-by While We Experience Margin”